The Queen is celebrating her 96th birthday on Today (Thursday 21 April) in Sandringham.

Britain’s longest-reigning monarch travelled by helicopter to her Norfolk estate, where she will be joined by family and friends.

She is expected to stay in a cottage on the estate particularly liked by her late husband, Prince Philip. 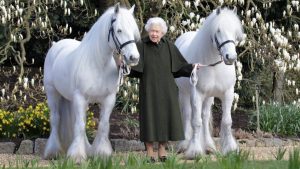 A photograph has been released to mark the birthday, showing the Queen with two ponies and reflecting her lifelong interest in horses.

The picture was taken at Windsor Castle, where the Queen now mostly stays, and shows her with two Fell ponies, who will appear in the forthcoming Royal Windsor Horse Show.

Alongside birthday wishes, Buckingham Palace tweeted a picture of a two-year-old Princess Elizabeth from 1928. 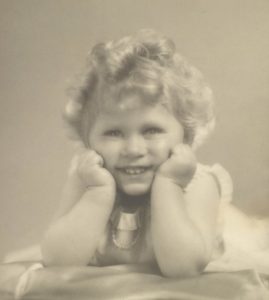 The Queen has had mobility problems in recent months and has had to miss a number of events, including church services over Easter.

Her only public appearance this year, outside of her own residences or on video, was at the Thanksgiving Service for Prince Philip at Westminster Abbey.

The Queen’s 96th birthday marks another unprecedented age for a British monarch, in a year in which she has become the first monarch to celebrate a Platinum Jubilee of 70 years on the throne.

The next longest-lived monarchs were Queen Victoria and George III, who lived to the age of 81, and were the only other monarchs to have lived into their 80s.